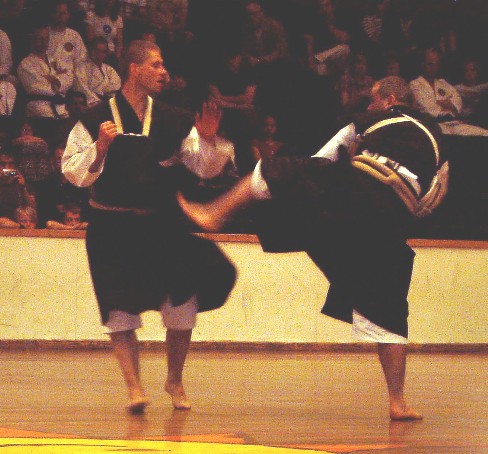 In terms of technical instruction, Aosaka-sensei mainly emphasized the importance of fundamental elements in performing advanced juho techniques for the 3rd dan and higher group, Mizuno-sensei taught hokei to the 1st-2nd dan group and So-sensei taught the kyu kenshi. Mizuno-sensei also provided Howa on the Shorinji Kempo ranking system and its importance. 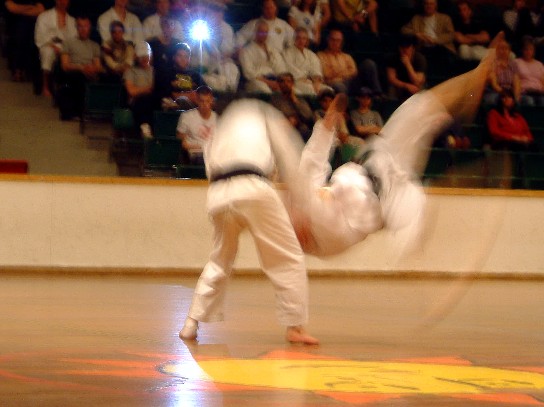 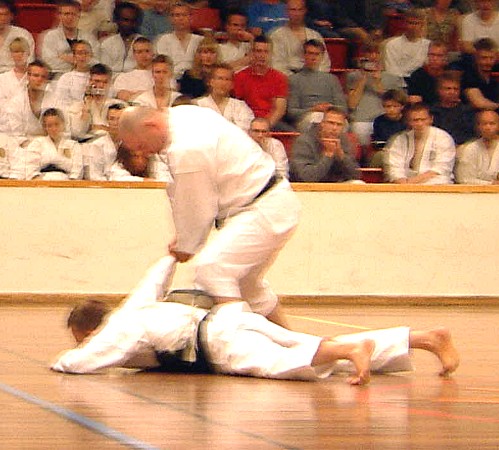 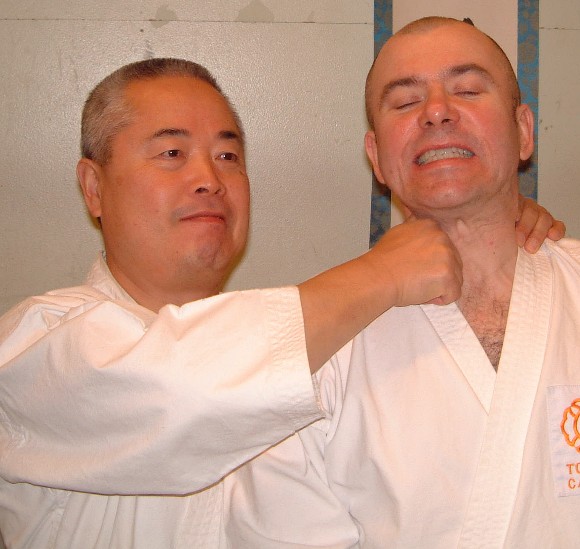 On Sunday May 16, several delegates participated in a public demonstration for the local people. Included among the demonstrations were:

The event caught the interest of the local media. Here is an article from the VF newspaper (in Swedish) (external site)

Overall, the seminar and public demonstration went very smoothly and facilitated many good interactions between the participants. The Swedish Federation and especially the local members in Karlstad are to be commended for their great efforts.

As Canadian kenshi, we felt the event offered a very good chance for European and North American kenshi to get to know each other better. We had a wonderful time!