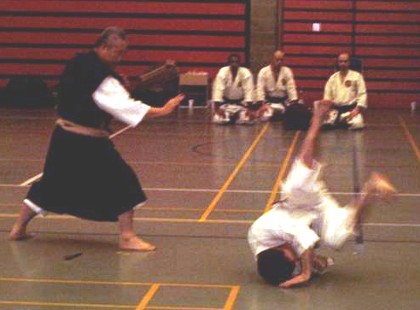 On the weekend of October 23-24, 2004, Shorinji Kempo members from the UK, Japan, Europe and North America gathered in London to celebrate the 30th anniversary of the British Shorinji Kempo Federation.

Many senior teachers were on hand to congratulate Mizuno Sensei (Seihanshi, 7th dan) - the BSKF Chief Instructor - for his years of dedication and hard work. The guests included:

Many of the senior instructors of the BSKF who have assisted Mizuno Sensei over the past 30 years were on hand, including:

In addition, many guests came from other countries to support the event, including Sweden, Finland, Germany, Switzerland and Canada. 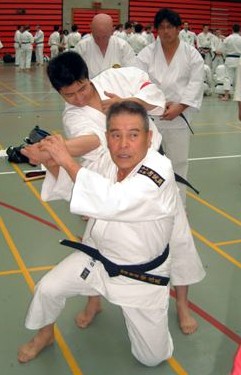 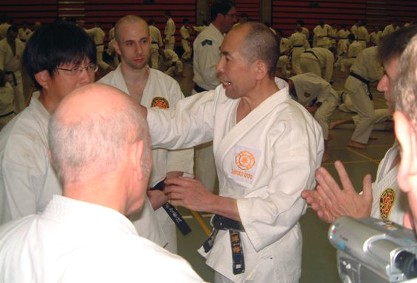 The event began with a Koshukai (Study Session). Following kihon practice the members split off into groups according to rank. The senior visiting teachers then spent the next one and a half days going from group-to-group to ensure that everyone had first hand access to their knowledge. It was remarkable to receive instruction directly from such a senior group of teachers. 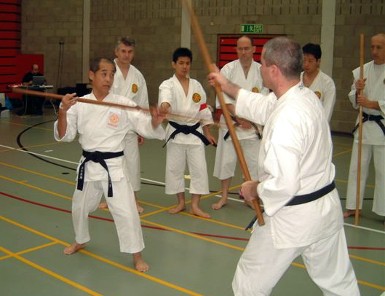 For the 4th dan and above group it was a also rare chance to study shakujo (staff) and appo (vital point) techniques. 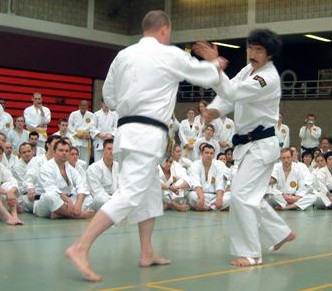 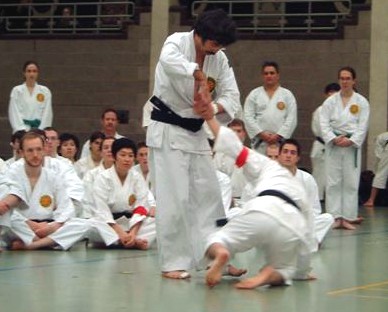 At the close of the Koshukai, Aosaka Sensei demonstrated his formidable talents in the fields of Goho and Juho randori.

On the evening of October 23, the delegates attended a gala dinner at the Copthorne Tara Hotel in Kensington, London. Live music was provided by a jazz group picked by Mizuno Sensei. Following the dinner, there were speeches by the Japanese Ambassador, Mr. Kanno of the Japan Foundation, Ms. Yuuki So (WSKO President), Aosaka Sensei and Mizuno Sensei. There was also an award to senior BSKF instructors for their years of service. The recipients included Jee Sensei, Jenkins Sensei, Moore Sensei, Goodman Sensei and White Sensei. 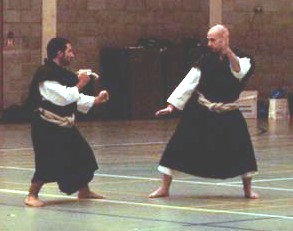 The BSKF members then competed according to rank in various categories ranging from childrens' kyu grade to women's 2nd dan and above. The kenshi perfomed their embu seriously and energetically.

Demonstrations were also a feature of the event. Some of those were... 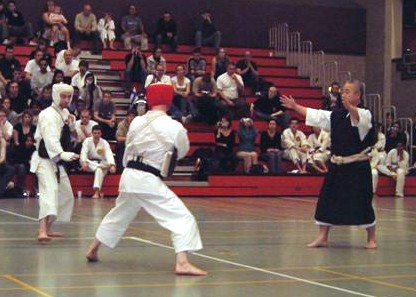 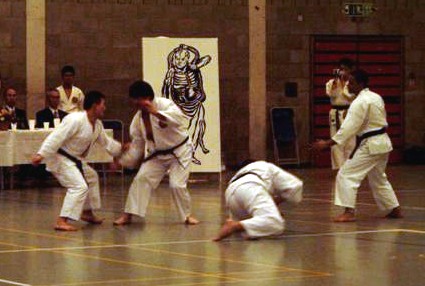 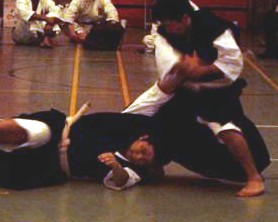 The event closed with a pithy speech from Aosaka in which he stated that he has become aware that the most important thing in life is to be with the people you love.

The event was a wonderful occasion and reflected the strenuous efforts of Mizuno Sensei and the BSKF membership to create a strong and vital organization. 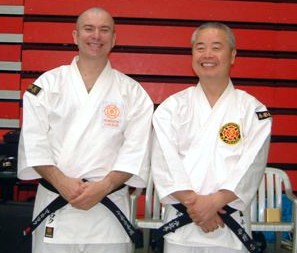 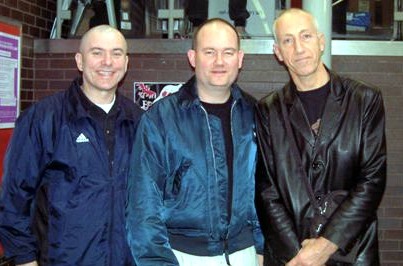 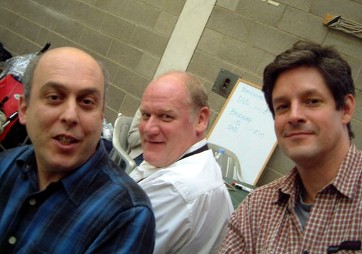 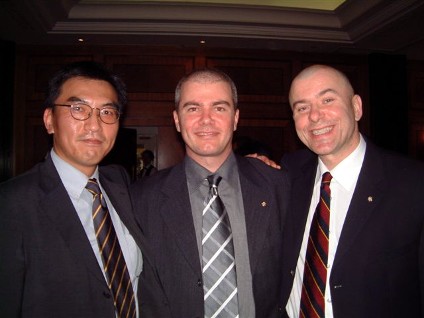